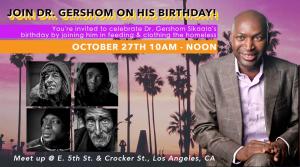 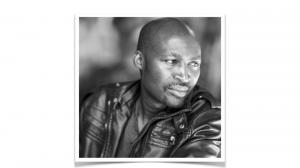 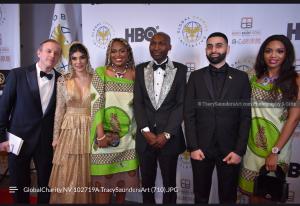 Dr. Gershom Sikaala Founder With Royals On The Red Carpet

Founder of Global Charity Initiative Dr. Gershom Sikaala will feed the hungry on skid row in downtown Los Angeles on his birthday

My passion is to touch and change the lives of millions around the globe and eradicate poverty”
— Founder of the Global Charity Initiative Dr. Gershom Sikaala

Dr. Gershom Skaala has dedicated his life to being a servant and giving back to society his whole life. Dr. Sikaala has chosen to live the “Golden Rule” and to practice the principals in the Bible following the example of the Jesus that say “I have shewed you all things, how that so labouring ye ought to support the weak, and to remember the words of the Lord Jesus, how he said, It is more blessed to give than to receive.” So on his birthday rather than having a grand party and recieve many gifts, Dr. Sikaala has chosen to give to those less forunate than himself.

According to the founder of the Global Charity Initiative Dr. Gershom Sikaala “ My passion is to touch and change the lives of millions around the globe and eradicate poverty.”

The Global Charity Initiative wants to be part of the eradication of poverty by implementing the following solutions:
. Introducing new technologies that can sustain mankind.
• Improving infrastructures that will eradicate poverty.
• Work with key people in communities, states, and countries, with the goal of building a network of decision-makers.
• Building an ecosystem of change.
• This will be done by using books including “Break Through Thinking” and many more mindset centered texts to change their perceptions.
• Connecting businesses to businesses for profit will not only stimulate positive relationships between entrepreneurs, but also ensure funding for the non-profit, as certain percentages will go directly towards our charity.
• Connecting the arts and entertainment industry with our charity to foster interest and speedy proliferation of our initiative.
• Working closely with some of the greatest minds and financial moguls to share and pass on their knowledge to the world.

Global Charity Initiatives vision is provide capital to people who need it most by implementing the following strategy:
• Rather than giving out handouts, we will focus on changing the mentality of the poor by lifting them out of poverty consciousness.
• Poverty mindset is an illness that needs to be cured by providing the right information; we will spread this information.
• Every person on the planet deserves an opportunity to change their lives.
• We will be there for them and encourage them to improve themselves.
• We will train the nationals and locals in areas of need, by helping them see the already existing resources in their country or community. The purpose of this is to empower them to end the struggle.
• We will not be taking away from other charity organizations; rather, we will inspire them to work together.
• This is how we will bring people together and form lasting relationships of success and empowerment.
• We will help them with our tools and connections, especially successful mentors, people who have succeeded from nothing.
• We will encourage the spirit of self-dependency, rather than the act of depending on someone else. This is to successfully eradicate the “victim” mindset.
• However, we will encourage partnerships of empowerment, not self-reliances.

Dr.Gershom Sikaala is a businessman, humanitarian, author, speaker, television host, media personality, and global peace ambassador. He was born in Zambia, South Africa and studied Business Administration at the University of Cambridge. He holds a Statesman Honorary Doctorate in Philosophy & Humanity from the United Graduates College in Richmond, Virginia. Gershom is also the founder of Zambikes, a company that specializes in bamboo bicycles. As an international speaker, Gershom has orated on every continent of the world. he has met with several world leaders. He has also lectured at several universities. As a humanitarian, Dr. Sikaala was not only responsible for bringing $250,000 worth of medical supplies to Zambia, but was also part of an outreach program that gave over 35,000 pairs of shoes to the poor in South Africa. Dr. Sikaala’s organization also provides blankets and food for those on skid row in Los Angeles.
To join Dr. Sikaala for his birthday and to help feed the homeless join Dr. Sikaala at E. 5th street and Crocker Street in downtown Los Angeles on October 27, 2001 from 10:00am to noon.

To view a video of the Founder Dr. Gershom Sikaala go to:
https://www.youtube.com/watch?v=b2IgiKZL8ps&feature=youtu.be

To find out more about Dr. Gershom Sikaala go to
www.gllobalcharityinitative.org