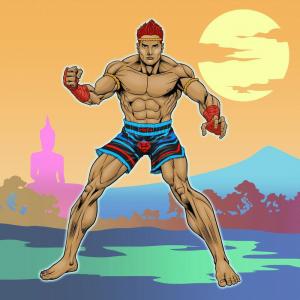 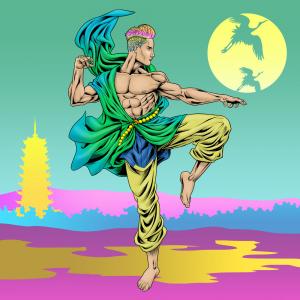 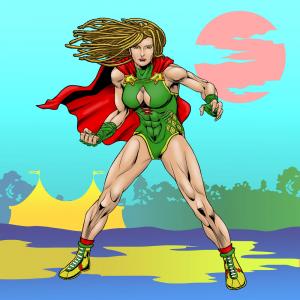 Set to disrupt the NFT market, Aspera Galaxy is the first generative NFT project to feature traditional martial arts and goes beyond the standard PFP image.

SINGAPORE, SINGAPORE, October 25, 2021 /EINPresswire.com/ — All over the world, Non-Fungible Tokens (NFTs) are becoming much the buzzword these days. Led by founders such as Cryptopunks and Bored Apes Yacht Club, following by multiple successful projects such as 0n1force and Mekaverse; buyers can always see the similarity in most of these generative art projects – a constant base form (usually a face), layered with multiple assets and traits, hence resulting in a completely different looking PFP (profile pic project).

Set to disrupt the NFT market, Aspera Galaxy is the first project to feature traditional martial arts set in the future and goes beyond the standard PFP standard. “Our art will stand out as each fighting style is painstakingly hand-drawn across 3 poses by respected comic artist Jerry Hinds.” Commented Ms Ashley Chong, Project Lead on Aspera Galaxy. “With over 3000 hand-drawn assets in the project, the front poses of the avatars are generative across all martial arts to showcase the uniqueness of uniforms and character design, while the side and action poses are drawn and generative according to each martial art to highlight the ethos of each combat style.”

“The focus on martial arts should generate massive interest globally where different nationalities will have cultural attachments to their native fighting styles. In addition, mixed martial arts is one of the fastest growing global sports with its universal appeal.” Mr Brendan Foong added, commenting on Aspera Galaxy’s choice of niche.

The Aspera Galaxy project team comprises of lifelong martial artists, coders and artists who jointly collaborated to bring this breathtaking project to life. Ms Ashley Chong and Mr Brendan Foong own and operate The Gentle Art Academy, a highly successful martial arts studio in Singapore which has run several combat-inspired art exhibitions in the past with various artists, including renowned Black Belt Brazilian Jiu Jitsu artist, Chris Haueter. Aditya Batura owns and operate Potato Pirates, one of the most successful kickstarter games to date with a focus on coding education. Jerry Hinds is a published comic artist who runs his own studio and has collaborated with ex-Marvel Comics Editor-in-Chief, Tom DeFalco (Marvel's longest running Spider-Man writer) on his own Singapore-born super hero creation, Singapore Sling.

Sharing a passion for education and community development, the Aspera Galaxy team’s collective goal is to continually add value to the project via future airdrops, development of in-real-life assets such as card games and figurines, as well as representing Aspera Galaxy in live events such as Comicons to ensure that the NFT community grows with addition from new collectors in the comic and gaming world.

The Aspera Galaxy team is also developing our contract and minting technology to avoid gas wars and ensure that the community have a pain-free process to become owners of an Aspera Galaxy NFT.