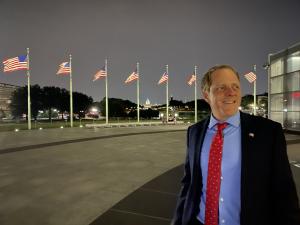 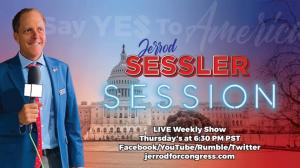 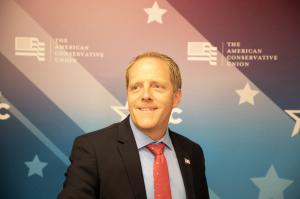 A strong America is a leading indicator of a safer world.”
— Jerrod Sessler

PROSSER, WASHINGTON, UNITED STATES, September 27, 2021 /EINPresswire.com/ — Congressional Candidate Jerrod Sessler has an exciting new way to reach his Washingtonian base and the rest of the American people. Introduced as “The place where political correctness comes to die,” Sessler’s new online show Sessler Session has been receiving positive feedback and increasing in viewership every week. With witty monologues, engaging guests, and no-nonsense straight talk, Sessler has been using his show to share his America First message and highlight others who share his passion for constitutional conservatism.

Sessler debuted his show with special guest Neil Johnson from Lumberjack logic, during which they discussed the plight of those left behind in Afghanistan and the disaster created by the Biden administration's chaotic withdrawal.

Sessler Session’s second episode featured a much-awaited reunion between Sessler and January 6th detainee, Karl Dresch. Sessler's first encounter with Dresch while shooting a protest video outside the DC jail where Karl was held for over six months went viral, drawing attention to the plight of those arrested on January 6th and the abuses they have suffered. The reunion was a chance for Dresch to tell his entire story and update those following his story about how he was building back his life.

Sessler's entertaining “session” usually ends with his trademark tagline, "Remember, this is the Sessler Session. And if Sessler says it, you can believe it!"

If you haven't checked it out yet, you can catch the next episode of Sessler Session on Jerrod Sessler’s social media channels, Thursdays at 6:30 pm (PST).