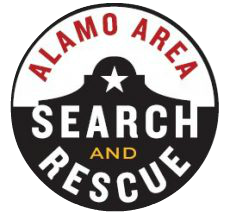 AASAR is a voluntary 501(c)(3) organization that provides free, professionally trained and certified search specialists and dogs to law enforcement and public safety agencies across Texas. The non-profit has responded to more than 250 missions across the state.

Spotlighting the achievements of AASAR is part of Orolia's "Resilient Together" campaign. The company develops partnerships with local organizations in a joint effort to raise awareness about the critical and life-saving services provided to local, state and federal law enforcement and public safety agencies. Additionally, Orolia will match donations for this campaign up to $1,000. Donors must add "Resilient Together" as a note on the gift through AASAR’s website.

AASAR also provides ongoing training to maintain operational readiness for the K-9 teams and to prepare them for certification through the International Police Work Dog Association in the following specialty areas:
• Air Scent Wilderness Search: Area Search K9s are not person-specific (unlike trailing K9s) and are used to find any person in a certain area, most commonly in the wilderness. They work off-leash in difficult terrains, heavy brush, and can work during the day or night. They are not restricted to a person's track and can search long after the scent is gone, zeroing on where the person is now, regardless of how they got there.
• Human Remains Detection: The dogs can detect microscopic particles bearing human decomposition scent and trace amounts of blood, even if the remains are buried or scattered.
• Air Scent and Tracking: An air-scenting dog can location the scent of any human in a specific area from hundreds of meters away and in heavy brush or the dark. They can find a specific person using a scent article (clothes, vehicle seat, etc.) from the last known location to determine the direction of travel as well as locate the person.
• Trailing: Trailing K9s are used to find a specific person using a scent article (clothes, vehicle seat, etc.) to determine the direction of travel and locate the person. These canines follow a particular human's scent pattern wherever it might lie — on the ground, along a curb, or on foliage — rather than following a specific set of tracks. Trailing K9 teams work on a leash and can work in both wilderness and urban areas.

About APCO International
APCO International is the world’s oldest and largest organization of public safety communications professionals and supports the largest U.S. membership base of any public safety association. It serves the needs of public safety communications practitioners worldwide – and the welfare of the general public as a whole – by providing complete expertise, professional development, technical assistance, advocacy and outreach.

About Orolia
Orolia is the world leader in Resilient Positioning, Navigation and Timing (PNT) solutions that improve the reliability, performance and safety of critical, remote or high-risk operations, even in GNSS-denied environments. With a presence in more than 100 countries, Orolia provides virtually fail-safe GNSS and PNT solutions for military and commercial applications worldwide. www.orolia.com