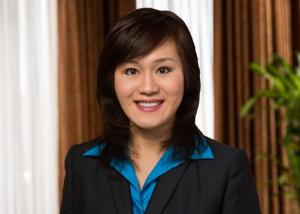 Over half a dozen injuries have already been reported linked to steering issues in certain Ford Explorer SUV model years. by Nadia El-Yaouti

DALLAS, TEXAS, UNITED STATES, July 28, 2021 /EINPresswire.com/ — Ford Motor Company has issued a worldwide recall on approximately 775,000 2013-2017 Ford Explorer vehicles due to issues with steering that have been linked to at least six injuries in North America. While the recall is worldwide, 676,152 vehicles under the recall are registered in North America, with 59,935 in China, and 38,600 elsewhere throughout the world. Ford has shared that the reference number for the recall is 21S32.

Last Friday, the automotive giant announced a recall on its Ford Explorer SUVs because of a steering issue in which vehicles may experience a seized cross-axis ball joint. This seizure has the potential to lead to a fractured rear suspension toe link which ultimately can lead to a loss of steering control, thus increasing the risk of a crash.

Ford has not released details regarding the six injuries thus far related to the defect. Product liability attorney T Nguyen of the Dallas-based Turley Law Firm explains the elements of a product liability claim and what an injured plaintiff has to prove to recover compensation from a product manufacturer. “An injury victim must prove that the product defect was a producing cause of the injury,” says Nguyen, “and there was a technologically and economically feasible safer alternative design that would have prevented or significantly reduced the risk of the plaintiff’s injury without substantially impairing the product’s utility.”

Products liability cases often proceed under the legal theory of “strict liability,” says Nguyen, as opposed to the “negligence” standard used in other auto accident personal injury cases where a defective auto part is not at issue.

According to Ford, affected vehicles may have a “clunk noise” and might have unusual handling when driving as well as a misaligned rear wheel.

In a statement issued by the automaker, For explains that "In the U.S. the affected vehicles are located in high-corrosion states as defined by the National Highway Traffic Safety Administration or in regions with a combination of cold winter weather with relatively high humidity and substantial road salt use."

The automaker plans to begin sending out owner notifications at the end of August. After the notifications are sent out, owners can expect Ford dealers to inspect the cross-axis ball joint. If necessary, they will replace it. Dealers will also replace the toe links with newer, revised toe link parts.

Dealerships can themselves be held liable for selling defective vehicles that cause injuries, although dealer liability is less common. Attorney Nguyen explains, “Typically, car dealers are not liable for a product defect unless the manufacturer cannot be reached within a jurisdiction of the United States or circumstances show the dealer had control over the design or assembly.” Nguyen continues, “For automotive defects, the manufacturer of the vehicle and the manufacturer or manufacturers of the component part or parts, if any, are typically sued for the automotive defect.”

This recall is the latest in a string of recalls issued by the automaker over the past year. Last Friday, Ford also issued two small-scale recalls in North America.

The first recall relates to roughly 35,000 2020-2021 Ford F-350 Super Duty vehicles with 6.7-liter engines. The vehicles, which were made in a Kentucky truck plant, may have a rear axle housing spring seat interface that might not have been properly welded. Ford explained in a statement that “Affected vehicles may experience rear driveline disconnection. Customers may experience vibration and/or shaking while driving at highway speeds, and/or shuddering upon acceleration.”

Though there have not been any incidents reported with this issue, there is a potential that drivers could experience a sudden loss of power when driving because the driveline may fail while in motion. Additionally, the issue could cause the truck’s parking brake to be released which would allow the vehicle to roll. Both pose a risk of an accident occurring.

The second recall pertains to 41,000 2020-2021 Lincoln Aviator vehicles that have a 3.0-liter gas engine. In cars affected by this recall, the battery cable wire harness might not have been properly secured. Affected vehicles have the potential to face a short circuit which could lead to a potential fire. Ford has also shared that there have been no accidents, injuries, or fires related to this recall.