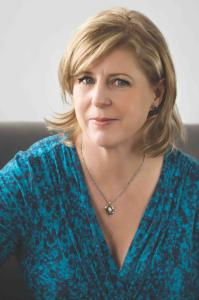 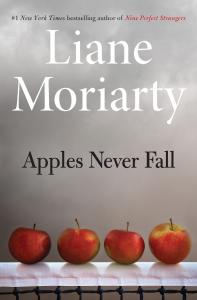 Readers of Moriarty's "Big Little Lies" and "Nine Perfect Strangers" will recognize the author's distinct mixture of family drama and thriller in her newest title "Apples Never Fall." This work focuses on themes of marriage, siblings, and how the people we love the most can hurt us the deepest.

"Apples Never Fall" features Stan and Joy Delaney who are the envy of their community with 50 years of marriage, the recent sale of their famed tennis academy and four grown children who were tennis stars in their own right. After a stranger knocks on Stan and Joy’s door, the children are alarmed when their parents take her in. Soon, their mom disappears, the stranger can't be found, and Stan is now a suspect. The Delaney children are shaken to their core and are forced to reckon with their family’s secrets.

Seija Rankin is the Books Editor at Entertainment Weekly, where she oversees coverage of everything from literary fiction to celebrity memoirs.

Tickets are $38 and include a link to the virtual event on September 14 and video-on-demand access for 72 hours after the event, a signed copy of "Apples Never Fall" and shipping to US addresses.

Live Talks Los Angeles curates and produces on-stage conversations featuring writers, filmmakers, actors, musicians, humorists and comedians, chefs and thought leaders in business and science in various venues in Los Angeles. Live Talks Los Angeles launched in May 2010 at a local art gallery with 18 talks that year. Since its inception, LTLA has presented over 350 events, and its videos have been seen in 156 countries with over 15 million views via YouTube, Vimeo and also on Facebook.