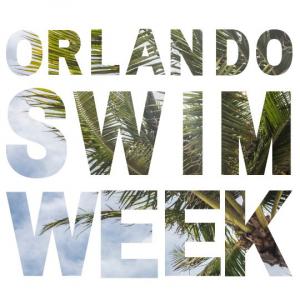 hiTechMODA NY South is produced by hiTechMODA and is our first show in our expansion with LA, and European shows currently in pre-production for 2022.

NEW YORK, NEW YORK, UNITED STATES, May 12, 2021 /EINPresswire.com/ — Even though Orlando attracts more international tourists, it has never had a swim week to compete with Miami Swim Week. All that is set to change with the creation of Orlando Swim Week™ – taking place July 16, 17 and 18, 2021. Designers will showcase both swimwear and resort wear. hiTechMODA NY South™, a hiTechMODA® brand produced by PL Enterprises NYC, LLC is our first show in our expansion around the globe with Los Angeles and European shows currently in pre-production for 2022.

The event encompasses three days with a Model Master Classes, a self-styled MODA MODEL™ runway and kick-off party on July 16, followed by our modeling competition and designer runways on July 17th, and culminating with Orlando Swim Week™ powered by hiTechMODA® on July 18th. Orlando Swim Week™ is a spinoff of the highly successful hiTechMODA® fashion event brand produced by PL Enterprises NYC, LLC, headquartered in New York. Under the hiTechMODA® brand, PL Enterprises NYC has also created and will be presenting for the first time in Orlando our competition brand MODA Universe™, launched to promote models, actors, and entertainers to provide them a stage and a forum to demonstrate their full array of skills and wide range of talent. hiTechMODA® has partnered with agencies from across the United States who are sending their brightest and best to the runway.

Designers from across the United States are also featured, convening on the catwalk in the prestigious Florida Ballroom at the breathtaking resort Hilton Orlando, 6001 Destination Parkway, Orlando, Florida. “I can’t believe no one thought to create a show like this for Orlando. I have traveled to Orlando many times and agree with the City of Orlando being nicknamed "the City Beautiful", ” says PS Privette, Producer. "We are calling it hiTechMODA NY South™, pulling in elements of the New York fashion runway scene to spark enthusiasm and interest."

While Miami saw a 4.1% increase in international overnight visitors to a total of 5.8 million in 2018, Orlando saw a 5.4% increase, with just under 6.5 million. Orlando is ready for an event like Orlando Swim Week™. Proof that Orlando is set to become a fashion destination, designers who interned and/or studied for Gianni Versace have moved to the Orlando Community and are seeking a runway to showcase their collections to fashion lovers from the local area and those visiting from around the world.

The fun won't stop at fashion shows and model competitions, however, as hiTechMODA® will be encouraging everyone to "get into character" at a one-of-a-kind party…CosMODA™. hiTechMODA® Curator, Catherine Schuller Gruenwald, was married to the legendary comic book editor and Senior Executive Editor of Marvel Comics, Mark Gruenwald, who passed away over 26 years ago. Catherine is legacy-advocate for her late husband. Gruenwald is more popular than ever with the tie-in to Disney Streaming’s wildly successful The Falcon and the Winter Soldier, for which Mark created many of the main characters as well as the controversial storyline of the Captain America/USAgent replacement. hiTechMODA® is launching CosMODA™, a Cosplay Runway event, in Orlando to celebrate the unique coming together of all of these elements in July in Orlando, home to Disney World. Catherine says of CosMODA™, “It is an homage to my husband and his passion for fantasy and dress up. One of his duties was to run the Comic-Con fan activities on the main stage and also he ran the Marvel Halloween party each year.” The kick off party on Friday night will feature a fashion show of Cosplay creations by local Orlando cosplayers and a performance by DC Bombshells, who do a pin up routine in superhero bathing suit costumes. Awesome thru-line of designers, models, up and coming talent, fashion, beauty and fantasy!

"This is a great fit for us. Fashion and fun in the sun. It has been a long winter and a long year for the World, it is time to get back to the business of fashion." says PS Privette. We welcome the community, press, and media to be a part of these events. There will be a full weekend of fashion, model training and competition, photoshoots, fun, and much more.

We currently have limited designer positions open. Ticketing will open the week of May 19, 2021.