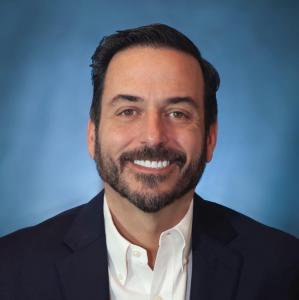 Sheriff Ard asked Overton to use his platform to work the case, as well as assigned a new set of detectives, in March of 2020, right before COVID shut everything down. 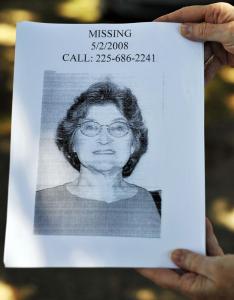 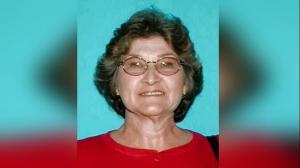 If anyone knows anything about Barbara Blount’s disappearance, they are asked to call their local authorities, or Overton’s tip line at 225-395-1302

A former criminal investigator in Louisiana is using his podcast platform to dive into a cold case that has stumped law enforcement for almost two decades.

They're hurting and it's just bizarre. Imagine if it was your mother?”
— Woody Overton – Real Life Real Crime Podcast Host

DENHAM SPRINGS, LOUISIANA, UNITED STATES, May 11, 2021 /EINPresswire.com/ — Almost two decades ago, beloved mother and sister Barbara Blount went missing from her home in Holden. Her family still doesn't know what happened to her.

"They're hurting and it's just bizarre,” said Overton. “Imagine if it was your mother?"

Overton’s award-winning podcast is called “Real Life Real Crime.” He started talking about Barbara a year ago, but the pandemic halted his efforts. Now he’s launching a new podcast with executive producer Toby Tomplay called “Don’t Call it a Cold Case” where he’ll focus on the mysterious case.

“I’m going hardcore on Mrs. Barbara, and I’m going to work it until I solve it, or until I die,” said Overton. “Everybody loved her, she was a mother, a church-going lady, a widower, a great person and she vanished. That just doesn't happen. Somebody killed her, they abducted and killed her."

For the past two years, Woody Overton has been podcasting about the stories of his time in law enforcement and using his platform to give exposure to unsolved crimes as well. Recently, his work helped lead to the arrest of Anthony Burns for the murder of Courtney Coco in 2004. Now, he wants to find out what happened to Barbara Blount.

Sheriff Jason Ard of Livingston Parish reached out to Woody Overton after being contacted by residents of Livingston, upon Overton’s recommendation.
Overton would tell his listeners that contacted him about Barbara Blount to contact their sheriff and they did.

Sheriff Ard saw the success of Overton’s crowdsourcing technique used by his listeners and fans, which he affectionately refers to as “lifers”.

“Lifers solved Courtney Coco’s murder simply because people are more comfortable speaking to me rather than the police,” said Overton.

Sheriff Ard asked Overton to use his platform to work the case, as well as assigned a new set of detectives, in March of 2020, right before COVID shut everything down.

The original investigators in Blount’s investigation had a perfect storm of events that inhibited them from solving the crime. That being said, they have a file that is full of information and leads that Overton will use to solve this almost two-decade-old mystery.

According to detectives on May 2, 2008, there were no signs of a robbery at Blount’s house, because detectives did not find forced entry and her back door was wide open.

Blount's car was later discovered less than a mile from her home in a wooded area.

The FBI, the sheriff's office, and volunteers spent days looking for any trace of Blount.

"There's nothing, nothing. No evidence. One of the most bizarre cases I've ever seen," says Woody Overton.

"I can tell you that everyone is a suspect except for me. Everybody is fair game, but I can't give away anything,” said Overton.

What Happened to Barbara Blount” Overton’s May 9, 2021 interview with WBRZ