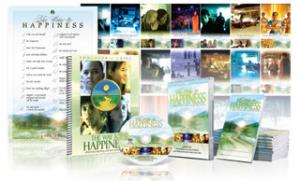 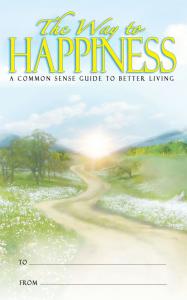 The Way to Happiness booklet

WASHINGTON, DISTRICT OF COLUMBIA, UNITED STATES, April 22, 2021 /EINPresswire.com/ — It is a commandment in every great religion. The concept is laid down in the law of every civilized land. The right to life of every man, woman, and child, the right to protection from that life being taken away through violence or arbitrary act – these rights are enshrined even in the United States Declaration of Independence.

This week a duly selected jury of a man’s peers decided in solemn due process that one man had been murdered by another, in this case by someone with the authority to preserve the peace, not violate it. In a trial followed around the world, they decided that the evidence proved guilt beyond reasonable doubt. So be it. Where one man, suffering under the knee of another, whispered “I can’t breathe” and then died, civilization as a whole was able to take a breath with this verdict. Justice had been upheld.

But we cannot breathe easy. While one man in the uniform of civil authority abused his power and has been held to account for it, what of the weekly, almost daily acts of armed civilians invading the space of people they hate or despise and murdering them in cold blood with weapons designed only to kill? What of this wave of acts of murder, crimes committed surely in hate, surely from the viewpoint that those killed had no worth, had no rights to life, liberty, and happiness? Perhaps these murders were done during moments of insanity, sometimes under the fetid delusion of racial bias. Is the solution the civilized majority of us should seek that all these killers should be tried, found guilty, and punished? Perhaps, yes, that may be part, but is it enough? Does it solve anything?

What about the underlying hatred for others, the utter rejection of the worth of individual life felt by these persons who shoot up their workplace, a church, a school, a home? Justice must be pursued and served. But we must look deeper to address the cause or causes. Above all, we cannot turn away from the fact that there is too much hatred. Hating others and wishing them profound ill, persecution, or even death has been a force to cut down the civilized pillars of our societies from the beginning of time. The great, great majority of us, if we find such malevolent feelings seeded and growing root within ourselves, turn to our most profound religious or philosophical beliefs and seek to tear the roots of hatred out, or at least not to feed them, not to nourish hatred within ourselves. Thank God that is how the majority of us feel and act.

What about those who do not seek to rip out the roots of hatred, but water them, pour on fuel of malice and evil. The wondrous tools of easy and rapid communication that our modern society has put in our hands are used by too many to fan the flames of hatred and enmity in themselves and others. We cannot take the tools of communication away from everyone. The good they do hugely outweighs the harm. But what can we do about hatred? What should we do?

The worst thing to do is to say “Hatred is not my problem. Let someone else handle that person who hates others. It is no affair of mine.”

Just as loving kindness and the pleasures of good companionship are our affair, so it is that in our communities, in our churches, in our workplaces, in our homes we sometimes see others growing sick and dark with malevolent feeling. “What can we do?” we ask ourselves.

What we can do is to try and "pour oil on troubled waters", calm the fevered emotion, restore peace where we can. We can at least try, if we see someone going off the rails, at least to remind them that rails still exist. Our individual and common happiness is based on our agreeing that certain rails roll down to more favorable outcomes, and others to disaster.

A commonsense way to happiness does exist. Most of us have a pretty good idea of its precepts. Sometimes we forget, and others, praise be, remind us. Just in this light, L. Ron Hubbard some decades ago wrote a slender book of precepts, calling it The Way to Happiness. He wrote this not from his role as founder of the Church of Scientology, but in his lifelong role as humanitarian and champion of human rights.

“One can feel at times like a spinning leaf,” he wrote, “blown along a dirty street. One can feel like a grain of sand stuck in one place.”

“But nobody has said,” he continued, “that life was a calm and orderly thing; it isn’t. One isn’t a tattered leaf nor a grain of sand: one can, to a greater or lesser degree, draw his road map and follow it…There is no person alive who cannot make a new beginning.”

Mr. Hubbard recommended that this little book be distributed widely, that people give it to others whom they feel it might help. Just give the book. “Present the person with the book. Ask the person to read it.” The book’s opening chapter, titled “Why I Gave You This Book,” has only one sentence: “Your survival is important to me.”

Just so, giving this book out individually or broadly across communities, especially where there is strife, turmoil, war, and, yes, hatred, it has helped. Things have often calmed down. People have calmed down.

Once a criminal gang leader had his gang knock a tree down across a highway to block traffic. He succeeded in halting a van filled with residents of a drug rehab center from another town who had been handing out copies of The Way to Happiness door to door. They were driving home at the end of the day. With guns, his gang ordered those in the van to get out. In this part of the world, what those in the van knew was that the van would be stolen and its driver and passengers would be killed. While some held those from the van under gun, others searched the vehicle. It was empty. There was nothing in it…except one little booklet, stashed in a corner in the back. One gang member handed the booklet to the chief thug.

“That’s all that is in there,” he said shamefacedly.

The gang boss waved the booklet in the face of the driver, who was the director of the little drug rehab center.

“What the hell is this?” he cursed.

The director looked him in the eye and said, “This is something we are handing out to children…so they don’t become like you and me.”

Startled, the gang leader could not help but page through the book. “Honor and help your parents,” it said. “Be worthy of trust.” “Do not harm a person of good will.” He looked at a few other pages, just scanning the titles. His gang looked at him. What were they to do with their captives? Should they drive the van off the highway? What?

The criminal gang leader looked back at the man who had handed him the booklet, who dared to look calmly back (at least on his face).

“Get back in your van!” he ordered the man. “Get the hell out of here!” All the captives released their held breath. They were going to live.

The van driver put his hand out for the little booklet, but the gang leader brought it to his chest.

So fast can someone change, even if only for a moment (but a crucial moment).

As Mr. Hubbard said in The Way to Happiness: “There is no person alive who cannot make a new beginning.”

Please get one or more, or many copies of this civilizing little book and hand them out where you can see or feel they might be needed. You might save a life. You might save your own, or your children’s. Or you might simply calm someone down. And that would be a good thing.

The Way to Happiness Foundation:

That mission is accomplished on a grassroots level, worldwide, by individuals who share The Way to Happiness book with others and so bring about an increase in tolerance and understanding between families, friends, groups, communities, nations and Mankind—making a safer, less violent world for all.

In Washington, DC, The Way to Happiness Foundation volunteers have distributed thousands of copies, particularly in crime and violence hot spots to help calm the areas down.