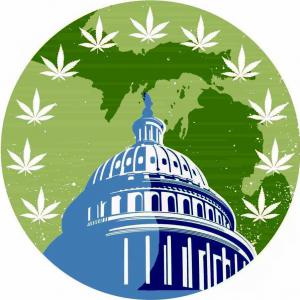 Pro-cannabis and traditional Democratic candidates are endorsed by the Caucus, including President, county prosecutors, Senate and House races, more

2020's general election is the most significant election in modern American history, and cannabis law reform is a significant part of every election in America- and in Michigan.”
— Rick Thompson, Elections Committee Chair

LANSING, MICHIGAN, UNITED STATES, October 26, 2020 /EINPresswire.com/ — Pro-cannabis candidates for election have been identified and endorsed by the Michigan Democratic Party's Cannabis Caucus. The Caucus has endorsed contestants in both national and in-state contests being decided at the General Election on November 3rd.

The Caucus endorses Joe Biden as President and recommends that the state voters return Gary Peters to the US Senate. The full list of endorsements is included below incorporates candidates for select national and state House races; county prosecutors and sheriffs; and local offices. This is not an exhaustive list, as the corona virus and a lack of statewide cannabis ballot proposal has kept cannabis off the minds of many who are running for political office.

The Cannabis Caucus of the Michigan Democratic Party is Michigan's partisan cannabis advocacy group and features Mike McCurdy as Chairman and Rick Thompson as Elections Committee Chair. The group has a Facebook page at: https://www.facebook.com/MICannaCaucus/