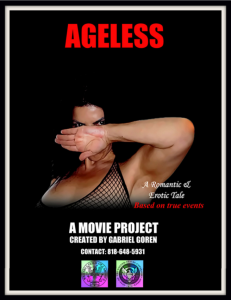 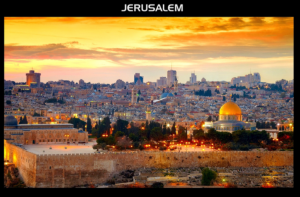 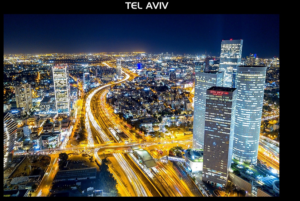 LOS ANGELES, CALIFORNIA, UNITED STATES, August 13, 2020 /EINPresswire.com/ — Logline:
After losing his wife, the grief-stricken 72-year-old surgeon decides to retire and return to his homeland. Serendipitously, a 31-year younger woman bring to him an ageless passionate love lasting over a decade when, unexpectedly, tragedy is about to strike again.

Everything reminds him of her — their empty home and office, which she used to manage, and his empty existence. Desponded, he decides to retire and return to his terra firma.

Months later, to set things in motion, he pays a brief visit to the Promised Land. He chooses a posh neighborhood in Tel Aviv, opens a bank account, contacts a realtor, and gives his cousin power of attorney.

Gabriel returns to the US and drastically scales down his practice. Ad interim, looking for some fun, he enlists the services of a sexplicite website. In two weeks, he intersects with a gorgeous single mother of two kindergarten-aged children, VERONICA (aged 42).

They meet one December afternoon. Gabriel is taken aback by her beauty and overt sensuality. Pleasantly surprised, he discovers that the attraction is mutual, and to her, the inglorious age difference is irrelevant, and they begin an intense physical relationship.

A few weeks following their first date, the realtor from overseas has a piece of good news for him, and Gabriel must start paying rent. With the office closed and home sold, their sexcapades relocate to a nearby hotel where unpredictably, their friends-with-benefits relationship morphs into a genuine love affair.

Since his retirement plan has scorched Gabriel’s American livelihood, it compels him to leave her against his heart’s desire. After months of passionate togetherness, the time arrives to say the last goodbye. On that fateful day, Veronica hands him a sendoff card, expressing the hope that one day he would return, and they would be an item again.

Fourteen hours later, he was standing on the sacred grounds of the Holy Land — a 7500-mile seemingly unbridgeable separation. Nevertheless, they remain in touch with every electronic means possible, Skype-sex included.

Six weeks following their farewell, he hears a knock on his door. With two suitcases by her side, an unexpected Veronica has arrived to spend with Gabriel his 74th birthday. They crisscross the country, and for 12 days they have an intoxicating time that ended with her returning to her motherly duties.

Unable to live without each other, at summer’s end, Gabriel leaves everything behind again, and they reunite in the City of Angels. For well over a decade, their implausible love affair will defy all sensible rationale.

On a starry night, just days after their ten-year Anniversary, the hand of fate reaches down on them. During a casual dinner outing, Gabriel collapses in a restaurant. The emergency room MRI discloses a massive brain hemorrhage, and he crosses the frontiers of eternity in Veronica’s loving arms. Fate thus awards him the “kiss of death” he wished for himself all his life.

The storyline is an adaptation from TG Gore's book, Ageless Lust and Improbable Love Affair