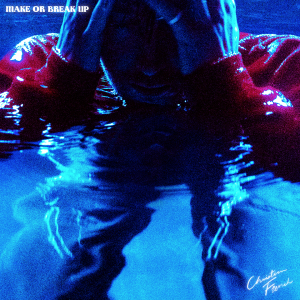 “make or break up” single art

LOS ANGELES, CA, USA, July 10, 2020 /EINPresswire.com/ — Christian French, one of 2020’s fastest-rising stars—with over 200 million Spotify streams under his belt — is back today with “make or break up,” an entrancing track that finds him at the pivotal crossroads of a rocky relationship. The enrapturing, introspective track is the newest entry from the staggeringly successful star’s hotly anticipated good things take time EP (via Disruptor Records/RCA Records), which drops later this summer.
LISTEN / STREAM: https://smarturl.it/makeorbreakupx

“make or break up” is about miscommunication and misunderstanding within a relationship,” Christian says. “I wrote this song from an experience I had with someone where we were in a big fight, and neither of us were willing to budge. In the end, we decided that we’d always be transparent with each other no matter how badly it hurt, because honesty is synonymous with love and respect in a relationship. It’s the only way a couple can continue to grow, and can make or break any relationship.”

The 23-year-old Christian French has already won support and acclaim from TIME Magazine (who named his song “crowded room” one of the best songs of the week), Billboard Magazine (“mesmerizing”), Ones to Watch (“dazzling”), and more. “make or break up” follows the singer’s highly successful breakout track, “head first,” which has maintained astounding momentum since its 2019 release. Amassing more than 40 million global streams, and averaging over 200k daily streams thanks to features on Spotify’s top playlists like Pop Rising and Young & Free, the hypnotic alt-pop gem continues to enchant fans and new listeners worldwide.

“Be honest with those you love, including yourself,” Christian says of his must-hear new song. “Say what you need to say so that you can free yourself from a million presumptuous thoughts running through your head and break through to truth and understanding.”

Later this summer, French will release the good things take time EP, on Disruptor Records/RCA Records, a collection which includes “i think too much,” plus singles “crowded room” and “time of our lives,” all songs that have surpassed millions of streams to date.

About Christian French:
Two years ago, hockey lover and Fisher, Indiana native Christian French put his pre-med textbooks on the shelf forever to follow his true passion: using his music to share his unique perspective on life. Today, Christian has become one of America’s fastest-rising indie-pop princes. Starting out with covers on SoundCloud—emulating his favorite artists John Mayer, Gavin DeGraw, and Adam Levine—Christian eventually dropped out of Indiana University and migrated to Los Angeles to pursue his dream. It was there in 2018, while sleeping on friends’ couches, that he penned his first single, “love ride,” which has amassed over 19 million streams globally and helped him build a rabid fanbase, setting the tone for his bright future. Just a year later, Christian joined friend and fellow pop artist Chelsea Cutler on a nationwide, sold-out North American tour followed by another, even bigger tour with Quinn XCII. By the end of 2018, Christian spent all his savings on recording and releasing his independent debut EP, “natural colors,” which has amassed over 25 million streams to date. In 2019, Christian signed to Disruptor Records/Sony Music and released his “bright side of the moon” EP which features the biggest hit of his career, “head first,” which he followed by embarking on his debut headlining tour. With rock scope, pop palatability, and lyrical vulnerability his most recent singles “i think too much,” “time of our lives,” and “crowded room” showcase the nuances of his singular style and encompass pivotal thoughts about his ascendant journey thus far.