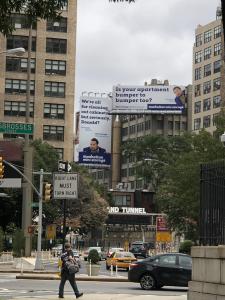 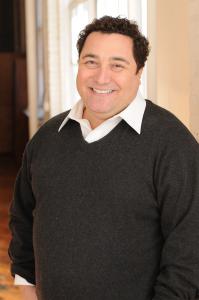 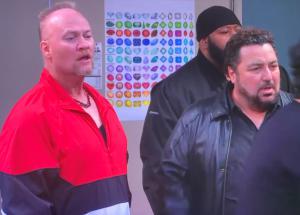 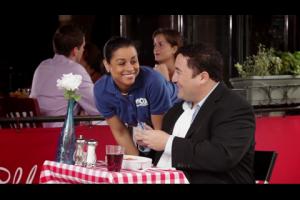 NEW YORK, NY, USA, June 30, 2020 /EINPresswire.com/ — Under the setting sun just outside the Holland Tunnel in lower Manhattan, actor Damian Muziani is not lost on the irony; The 2020 COVID-19 pandemic has made traffic nearly non-existent at times in the Big Apple, but ten stories up, his blue tuxedo-clad image graces a sixty foot-wide billboard ad, teasing rush-hour commuters about their bumper-to-bumper apartment space for a self-storage facility. "Dichotomy is dominating the year 2020 in so many ways," says the busy performer and broadcaster. "It seems like nobody is in the mood to laugh, and yet these pranks are so much fun to watch!"

The pranks in question form a brand new reality show entitled Revenge Prank with DJ Pauly D and Vinny, a 30 minute put-on that takes elements of past hits like Punked and What Would You Do and adds a vital twist: It's payback time for pranksters who went too far in the past and their one-time victims are now doling out the punishment. Muziani is a recurring talent on the show, playing dual roles, beginning this Thursday Night at 9:30 EDT. His challenge is not only to deliver a believable character, but to improvise his way out of a jam if things go off the rails (spoiler alert: they do). "To best enjoy watching this TV show you should imagine it like you're going to see a Broadway play, and one of the lead actors on stage was never given a copy of the script beforehand but everyone else is off-book. Eventually, chaos ensues."

It turns out the format is a perfect fit for Muziani. “I’ve always been a class clown and improv artist and using these skills to hone an acting performance in a slapdash environment is awesome. You have only a day or two to prepare alongside a small cast and crew and then you’ve got exactly one chance to pull it off. If you screw up and break character or fail to keep the victim guessing, then you’ve just wasted a fortune in production time and dollars. And of course, there's an element of real danger involved as well." Muziani plays an angry Russian gangster in the prank, so perhaps the possibility of danger goes with the territory.

The show's new wrinkle to a popular theme has struck gold with viewers right off the bat. The premiere episode of Revenge Prank pulled a .22 rating among adults 18-49, making it the third-most watched non-news cable show in America on Thursday Night.

Every week, hosts (and Jersey Shore alums) Pauly Delvecchio and Vinny Guadagnino team up with one victim each to compete for bragging rights over who pulled off the best prank. Wild N’ Out co-host Justina Valentine is also on hand in several episodes to help dish out the vengeance.

Elsewhere, Muziani has also been charting the recent meteoric rise of writer-comedienne Sarah Cooper, made super-famous nearly overnight as the star of TikTok videos lip-synced to Donald Trump's actual voice in which she performs and edits. Cooper and Muziani co-starred in a successful string of commercials for a banking institution several years ago. "I'm so happy for Sarah," said Muziani, "I've been a huge fan of hers since 9 years ago when we were clowning around in TV commercials together, and it's so reassuring to see very hard work in this business finally paying off."

Later this summer, things heat up even more for Muziani. He will appear as a co-star in a TV pilot entitled Squid Ink which has been accepted into the Portland Comedy Film and Pilot Light TV festivals, and in August will be co-starring in a short two-hander opposite Ebony Obsidian (Sistas, If Beale Street Could Talk) in Such a Deal, directed by Dionna McMillian.