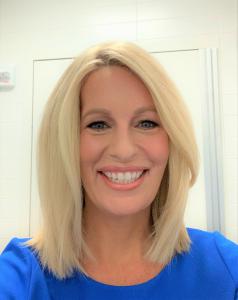 FORT LAUDERDALE, FL, UNITED STATES, June 29, 2020 /EINPresswire.com/ — The Court TV Host along with a "think tank" of attorneys, including Kelly Hyman, discusses the Kristen Smart case. Lawyer Kelly Hyman is asked on the show due in part to her extensive legal experience. She is part of the "think tank" panel along with two other attorneys. Kelly Hyman offers her opinions on the case with deft precision and knowledge of the law.

Though the case began over 20 years ago, it has not been solved. When college friends found a passed out Kristin Smart after a Memorial Day weekend party, they decided to escort her to her dorm at California Polytechnic State University. The group of three dwindled to one remaining male who has always been a suspect in the case. Four years after her disappearance, Kristin Smart was declared legally dead. The Court TV panelists speculate on why the case has gotten new life. This is evidenced by recent searches of the properties related to the suspect.

Kelly Hyman is able to offer legal opinions on a variety of topics. Court TV producers are wise to request she guest on the network. The much sought-after legal commentator and advocate brings a wealth of knowledge. In addition to Court TV, lawyer Kelly Hyman has made appearances on Law and Crime, Fox News, ABC, The Ingraham Angle, Fox and Friends First, The Ethan Bearman Show, Issues and Ideas with Chris DeBellow, and The Whistleblower with Mychal Wilson. Kelly Hyman also appeared on The Jiggy Jaguar radio show.

Lawyer Kelly Hyman Has Been On Camera Before

Fortunately, the accomplished trial attorney is not camera shy. Kelly Hyman has also enjoyed acting on stage and screen throughout her life. In addition, she has done voice work on television. Wearing the hat of an entertainer does not stop Kelly Hyman from being a staunch advocate of women's rights. Her legal analysis often lends itself to this space while she also takes up the causes of the underdog throughout society. Her book, "Top 10 Reasons To Dump Trump in 2020" was released in the latter part of 2019.

Legal analyst Kelly Hyman Exemplifies The Meaning of Having It All

Gone are the images of lawyers stuck in libraries amid stacks and stacks of legal briefings and law journals. Kelly Hyman has taken her profession to new heights while challenging herself with new professional endeavors. Court TV is fortunate to have her highlighted on their network.