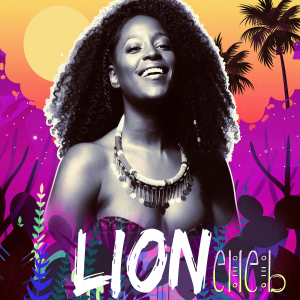 Single Cover Art: L I O N by Elle B 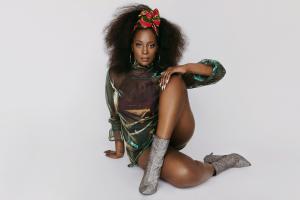 Add Elle B's pop-bop, "L I O N" to your Father's Day playlist to help celebrate around the world Dad's for the positive roles they play in our lives eveyday,

Dads might not always get the SHINE they deserve because of the examples of bad dads highlighted in media. But L I O N lets you freely celebrate your dad or father figure and feel good about it!”
— Elle B

LOS ANGELES, CALIFORNIA, UNITED STATES, June 5, 2020 /EINPresswire.com/ — (Los Angeles, CA) – Elle B Music announced today the release of " L I O N". "L I O N" is a daddy-daughter dedication written by Elle B for her late father in 2017. Since its release in 2018, L I O N has become Elle B's most-streamed song. Elle B wants to remind the world this Father's Day to give our fathers and father-figures, "Shine," for the way they've helped shape our lives.

About Elle B:
Born and raised in South Los Angeles, Elle B is known across the globe as a soulful pop vocalist. Formerly the lead backing vocalist for Katy Perry (California Dreams Tour, Prismatic World Tour, Witness: The Tour), Elle B has built a diverse international following of 18 – 44-year-olds spanning the United States, Europe, Mexico, and Brazil with a growing fanbase in Africa. Elle B is currently based in Johannesburg, South Africa. Follow Elle B on all social media at @ellebsings.