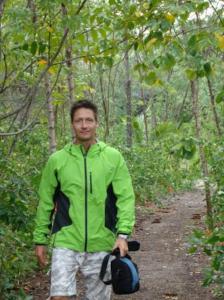 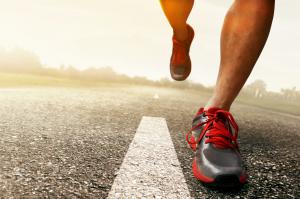 Project Planet founder Gary Davies is doing a 550km run in 10 days to raise funds to aid the development of the Project Planet – Carbonquo platform.

As founder of Project Planet, I feel it's my responsibility to do whatever it takes to rally support. Ultimately, it's the people who we are able to inspire to take action that will mark the success of this fantastic initiative.

We need many voices to ensure that the major commerce and retailers players of the world stand up and take note".

Gary went on to say: "I'm really not looking forward to running 55km a day for 10 days straight, that's 13km more than a marathon EVERY DAY!

whilst I pride myself to be in good shape, I've never done anything like this before and I know it's going to be next level hard. It could go one of two ways, either I make it and the campaign is a success, or I die trying.

For me it's about creating social awareness around the initiative. The Project Planet platform will be a success if everyone gets behind it

Doing this insane challenge is a call to action for people everywhere to take a stand in the fight against Global Warming .

We have created a world where climate change is affecting every corner of our planet.

Nature longer determines our survival, we now determine the survival of nature

We can still turn the tide and stop global warming, but it's going to take more than just a wish for change, to succeed. We're all going to have to do our bit and running 550km in 10 days is mine.

A day when we no longer worry about rising sea levels, droughts, disease, diminishing forests or animal species dying, is on the horizon.

If we are ALL willing to take action, we can undoubtedly preserve the wonders of our marvellous planet for our children and the generations to come

Our future, their future, hangs in the balance, and our actions will determine the fate, of all of us.

No God, Government or scientist is going to save our home. It's up to US".

Gary intends to raise £55,000 and would love support from individuals and businesses who want to play their part in helping reverse the trend of global warming.

To sponsor Gary, visit his fundraising page at