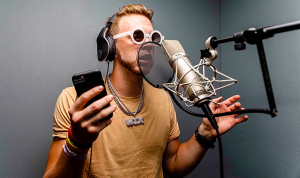 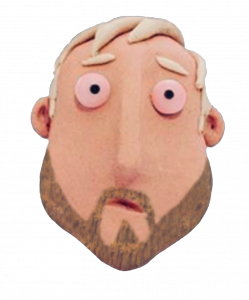 ATLANTA, GEORGIA, USA, April 30, 2020 /EINPresswire.com/ — Rising hip-hop artist Wix Patton is dropping his latest song – “Gelato Glued” – on Tuesday, April 28, to fuel his growing fan base with a new single during the shelter in place order. His most popular song to date, “100 Miles,” has been listened to more than 500,000 times on Spotify. Patton’s debut EP, “Everything OK,” will be released later this year.

Opening with distorted guitars and loud 808s, “Gelato Glued” is a song about Patton being glued to the studio for the past year to explore his own sound and style. While in a dreamlike trance, the song elaborates on his lyrical and musical introspection.

“I’m excited to share a taste of the new music that we’ve been working on throughout the past year,” said Patton. “‘Gelato Glued’ allows listeners to hear me from a different angle compared to any other record I’ve released. Fans will enter my headspace as I take them through the different thoughts I dwell on while creating new music.

Patton is currently signed with Atlanta Global Music. Under the tutelage of Don Perry, OOMP CAMP and Tricky Stewart, he has recorded more than 150 songs in ten months. He also performs at Atlanta-area clubs, fraternity parties and festivals, which has significantly raised his profile.

In early April, Patton partnered with actor/singer Algee Smith to release the single “Pilot,” which has quickly garnered buzz on SoundCloud.

Patton first rose to prominence with a viral video of him freestyling at a California comedy club in front of his University of Georgia football teammates prior to playing in the Rose Bowl. After shooting the “100 Miles” music video in Los Angeles while playing tight end for the Bulldogs, UGA compliance and the NCAA told Patton that he had to make a decision: music or football.

A music career was a boyhood dream of Patton’s, which initially took a backseat to sports. When Patton was cut from his 8th and 9th-grade football team, he spent his time playing basketball and recording music. After growing to 6’5” and gaining nearly 70 pounds, he played on his high school football team and earned an opportunity to play at UGA. Then, destiny intervened, and music took the forefront. Patton draws inspiration from musical influences such as Justin Timberlake, Linkin Park, Young Thug and Coldplay, to develop his own style for songwriting and performing.