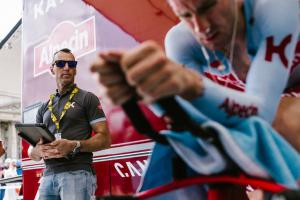 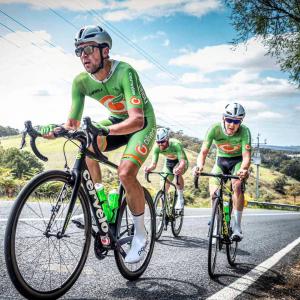 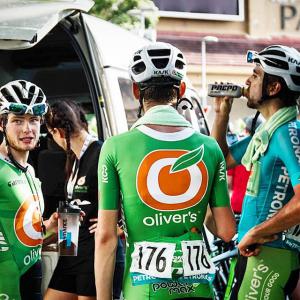 With the Tour Down Under expecting just over 800,000 cyclists and spectators to attend over the week, hydration will be top of mind for all cyclists, amateur and pro’s alike.

National cyclist, Emily Watts, who rides with the Subaru Giant Racing Team, knows hot Australian summers all too well and has a secret weapon to combat dehydration.

"I first trialled PREPD over the Tour of Tasmania and while the conditions weren't hot, hydration was still very important given the duration of the race. I had an amazing experience with PREPD and noticed feeling better hydrated with less performance drop near the end of each stage.”

Emily recently won third place at the under 23’s time trial at the National Road Championship in Ballarat and believes good hydration has been a key in her training and racing schedule.

“I have been a loyal PREPD consumer since the trial days which has seen me using it during training and racing. I believe in the idea that train how you are going to race. This means the effort, focus and preparation for training should be approached just as seriously as a race. This highlighted when using PREPD at events, like the Nationals, when exertion is consistently at high intensity day after day.”

PREPD is a Flinders University start up launched in November 2018, after over 20 years of collaborative research between Flinders and Yale Universities which works using a unique resistant starch, triggering hydration in the gut.

Co-inventor Prof. Graeme Young from Flinders says while the human body can’t store water in reserve, the unique resistant starch in PREPD unlocks the largely unused hydration potential of the large intestine to absorb up to 5L of fluid per day.

“Clinical trial results showing a dramatic hydration boost with AFL players using PREPD were published in 2018. Since then PREPD is reported to have been used behind closed doors this summer by elite level cricketers, footballers and pro cyclists during the 2019 Tour Down Under.

PREPD has been designed not to replace sports drinks, but to compliment them and make them work more effectively.

It’s a hydration enhancer consumed 6-12 before, and then immediately after exertion, to boost the absorption of any electrolyte drink and water to reduce dehydration.

Oliver’s Real Food Racing team member, Jesse Featonby let us in on the secret to his very successful 2019 year.

“PREPD has redefined the way I think about nutrition. Having a simple and efficient way to stay hydrated and recover quickly has given me the best results of my career in 2019.”

Oliver’s Real Food Racing Team Manager, Sam Layzell said "with the challenges our team constantly face competing at both home and in Asia, PREPD ensures we minimize the stress of travel, and the associated dehydration of long transits.

It also helps us combat the extreme heat we experience both abroad in the AsiaTour and over the summer of cycling hear at home."

Amber Pate who is riding with the Norwood Cycling Club who are participating in the the 2020 Tour Down Under supporting criterium uses PREPD in her exercise regime.

"With an endurance training load of around 18-20 hours per week, I notice a significant drop in my performance after repeated days of hard training. After extensively testing PREPD, I consistently felt better hydrated, my training performance was consistent, and I excelled in race situations even when under high levels of fatigue.

“Completing the same training sessions with and without PREPD, I noticed a significant increase in strength and endurance throughout the duration of the >4hr sessions when using PREPD."

PREPD also is highly regarded by one of Australia’s best triathletes and the 2016 70.3 World Champion, Tim Reed.

"The first time I used PREPD I performed significantly better in my controlled sub maximal cycling tests. I didn't quite believe the improvement so I retested many times over two months until there could be no doubt whatsoever that the hydration enhancing effects of PREPD are very real and was absolutely improving my performance. I would highly recommend to any athlete looking to improve their endurance performance and recovery."

Amber Pate is riding in in the 2020 Tour Down Under supporting criterium and uses PREPD in her exercise regime.