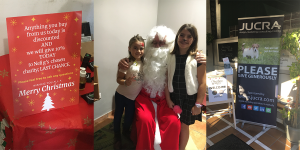 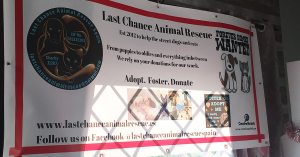 The Last Chance Animal Rescue #LCAR, held a charity event at the fabulous restaurant Neli G’s in Benavista on 29th of November 2019 and €1,000 was raised.

There was a huge turnout much bigger than expected. An assortment of local talent provided a vast range of wares from bikinis and handmade Christmas cards to personalised pyjamas and vegan chocolate brownies. The tombola and raffle were a great success with fantastic prizes including printers and organic dog treats!

It was a fabulous event and just over €1000 was raised for the charity. The generosity of those donating will cover vet bills and more importantly, enable Last Chance Animal Rescue to save more lives.

Amongst some of the sponsors of the event was JUCRA Digital, a local digital company based in Marbella who had the honour of sponsoring the Santa’s grotto.

“Worryingly we live in a world where animals and pets are thrown away like pieces of garbage when in fact they are living things and if we can contribute to this great cause by donating to charities like Last Chance Animal Rescue which tries their best to raise awareness and care for these precious beasts then I feel that we are doing something right” said Justin Parks, Partner at JUCRA Digital.

About Last Chance Animal Rescue
Last Chance Animal Rescue, established in 2012 is dedicated to rescuing, rehabilitating, repairing and rehoming animals in need. They receive no government funding for their work and rely entirely on public donations. Literally every single cent helps them to save lives. Every day brings new dogs into the rescue from the streets or the pounds. The sick, injured, abandoned or at the end of their allotted time in the pound. The #LCAR team work tirelessly 24/7 to give these animals in need their last chance for a happy loving secure home.

About JUCRA Digital
JUCRA Digital is a digital marketing agency located in the Golden Mile in Marbella, Spain and specialises in Marbella Marketing for local and International companies.