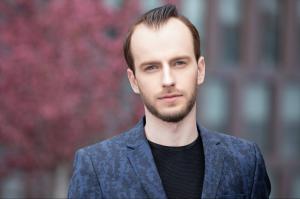 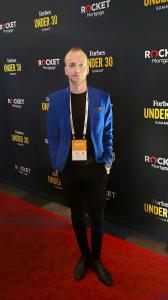 Valev Laube at Forbes Under 30 Summit

A New York-based co-founder, designer, branding, and marketing expert Valev Laube is the first Estonian to be nominated to Forbes Under 30 in the United States.

NEW YORK, NY, UNITED STATES OF AMERICA, November 8, 2019 /EINPresswire.com/ — In recent years Estonian entrepreneurs and innovators have been making a mark on the global scale, but for the first time in the US, an Estonian has been nominated to a highly credible and prestigious Forbes Under 30 list. A nominee for the upcoming year is a New York-based designer, entrepreneur, and branding expert, Valev Laube. Laube is an Estonian-born branding and design specialist, the co-founder of The VL Studios in New York City, and an independent artist.

Throughout the past six years, his work as an agency designer, creative director, and independent designer has contributed to an impressive list of creative projects including multiple upcoming Broadway productions, creative productions at the National Gallery of Arts in Washington DC, and countless designs for companies such as Kenneth Cole, Steve Madden, and many others. The vast background in graphic design, web design, music, and creative productions has made Laube and upcoming creative visionary in located in New York City.

Originally from Estonia, his passion has always revolved around digital technologies and communication. At the age of 17, he moves to Italy to pursue studies at the United World College of Adriatic, focusing his studies on economics and philosophy. Two years later, his studies brought him to Rochester, NY, to complete his bachelor studies in digital communication and media/multimedia at the University of Rochester. Throughout his studies, he continued working with some of the industries' biggest names and expanding his horizons from graphic design to web and holistic online brand building. His portfolio includes work made for companies from all across Europe, Canada, India, and the United States.

After spending over seven years away from the homeland, his love for Estonia has not faded. He was the creative director of the biggest Estonian cultural celebratory festival outside of Europe – Estonian Cultural Days in New York 2016-2018. He produced a multidisciplinary concert, "Tonality of Culture," at the National Gallery of Arts in Washington DC the following year, and continues to work with Estonian innovators and creatives to spread awareness.

Previously only four Estonians have been granted the privilege to make it to the prestigious Forbes Under 30 list – Eva Aasmäe in 2018 (European List), Akim Arhipov in 2018 (Asia), and Markus Villig in 2018 (Europe). The nominees are granted their placement based on internal evaluation and in the area of business activity and influence. We look forward to the final announcement next year.