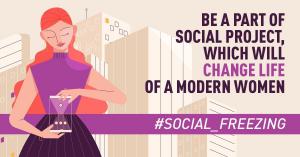 The Ukrainian surrogate motherhood clinic announces a solution with a method for deferred motherhood.

in the life of the woman and during her pursuit of success, there is not always the time for family and the birth of children…reproductive clinics should be the first to address this pressing topic.”
— Vladislav Feskov, Head of the FHRG Surrogate Motherhood Center

KHARKOV, UKRAINE , October 11, 2019 /EINPresswire.com/ — Feskov Human Reproduction Group, a Ukrainian surrogate motherhood clinic, has undertaken a study on birth rate reduction. Over the past few decades, women have a lesser focus on family and motherhood. Their priority is education, career and personal development. As a result of these social changes, low birth rates are being increasingly observed in economically developed countries, namely, the USA, Korea, Australia and most European countries.

According to a study carried out by the Lancet Medical Journal, “In 1950, every woman gave birth, on the average, to 4.7 children during her entire life. In 2017, the figure was half as low, that is, 2.4.” These changes were caused by an overall increase in women's employment, their interest in work and unavailability of the partner to create a family.

Based on this data and the general desire of women for development, the clinic has created a social project called Social Freezing.

The project is designed to explain what deferred motherhood is and why it is relevant. Participants will be offered the opportunity to undergo a free procedure of cryopreservation of oocytes, that is, the freezing of healthy eggs, with the ability to save them for five years for their successful use in the future.

As part of this social project, five women from around the world will be chosen. They will tell their story about how they went through the oocyte cryopreservation procedure and why modern women should consider this option. The stories of five women will set an example for millions of others. The egg freezing provides the ability to save time, the most valuable thing we have.

“Social Freezing is a social project that presents the stories of successful women. It will tell people that, in the life of the woman and during her pursuit of success, there is not always the time for family and the birth of children. I am sure that reproductive clinics should be the first to address this pressing topic. The FHRG team hopes that we can cover millions and tell them about this problem”, says Vladislav Feskov, , an obstetrician-gynecologist, member of ASRM and ESHRE and Head of the FHRG Surrogate Motherhood Center.

The mission of this social project is to ensure that society learns about the low birth rate problem, and that women can consider the cryopreservation of oocytes. A happy delayed motherhood is possible, regardless of career or personal development.

The FHRG clinic calls upon the media, opinion leaders, public organizations and foundations to disseminate this information so that they also become a part of the project that can change the lives of modern women.
More information about this social project can be found on our website.

About the Feskov Human Reproduction Group

Professor Aleksandr Feskov’s clinic, founded in 1995, is currently a modern IVF clinic. The growing demand for surrogate motherhood has become the basis for creating our own surrogate motherhood center. The clinic has modern medical equipment which allows the physician to carry out not only the IVF / ICSI (in vitro fertilization/ intra cytoplasmic sperm injection) procedure, but also pre-implantation genetic diagnostics, to determine the sex of embryos and select morphologically normal spermatozoa for ICSI.