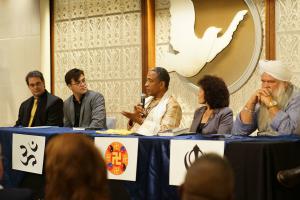 The finale of the four-week series at the Church of Scientology Los Angeles on religious diversity featured religious leaders of Eastern faiths. 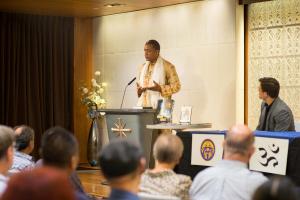 Each leader presented the basic beliefs and practices of their religion. 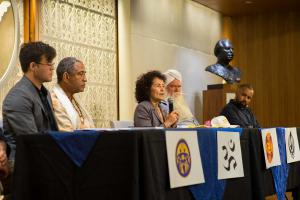 Following the presentation, religious leaders responded to questions from the audience. 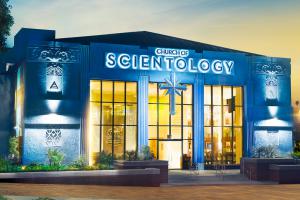 A monthlong series of presentations at the Church of Scientology Los Angeles on the beliefs of 15 Los Angeles-based faiths promotes diversity and understanding.

Questions posed by those attending in the Q&A portion of each forum helped to further clarify the differences and common factors in each of the religions represented.

As one religious leader put it, “There is so much more that unites us than separates us and we have to stay together.”

The first forum presented faiths born in the Americas and included Aztec religion, the Seventh-day Adventist Church, the Church of Scientology, the Agape Church and Christian Science.

This was followed by a forum on religions of the Middle East, including Islam, Bahá'í and Zoroastrianism.

Next was a forum devoted to European religions including the Roman Catholic Church, the Anglican Church, Wicca, the Presbyterian Church and the Lutheran Church.

The final event was religions of the East, including Sikhism, Hinduism, Falon Gong, and the Unification Church.

Also featured at the final event was Dr. Arik Greenberg, professor of theology at Loyola Marymount University, founder and president of Institute for Religious Tolerance, Peace and Justice (IRTPJ).

The series culminated in the IRTPJ interfaith peace march to raise awareness of the freedom of religion or belief—the right of people to choose to practice any religion without fear of reprisal, discrimination or abuse. All religions are entitled to equal justice and protection under the law.

The Church of Scientology Los Angeles hosts conferences and forums throughout the year on topics of interest and concern to the Los Angeles community. Guests are invited to tour the Church’s Public Information Center that features more than 500 videos on the beliefs and practices of the Scientology religion, the life and legacy of Scientology Founder L. Ron Hubbard and the many humanitarian initiatives and social betterment programs the Church supports.

Respect the Religious Beliefs of Others