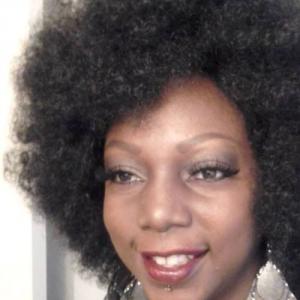 An exciting trilogy of science fiction novels featuring Odara, is on its way

"Although the concept of a Black, female superhero is not new, introducing one with a literary soundtrack and dynamic, three-book series platform is," stated Fran Briggs, Publicist to Carla J. Lawson.

The author's three-book series features Odara, an African American, female superhero. Odara feels everything, sees what others cannot, and hears the voices of the earth. The character diversifies science fiction as well as creates strong force in Afro futurism.

"It's an honor to introduce the next, Black female Superhero. Using her supernatural understanding, Odara embraces her role as a warrior for the greater good," explained Lawson. "Among her weapons are knowledge, timeless wisdom, and ability to time travel, and control physical motion.

"I am raising money so that I can recognize my backers with unique, valuable rewards that represents the book series. But I am also generating revenue to employ a first-class, marketing, production, publicity campaign, and publishing team to ensure that the series receives the tools it needs to succeed."

The northern California resident added that she is looking forward to delivering one of a kind, rewards and perks to her backers. Among the rewards for backers are the literary soundtrack by Black Women in Jazz, Lifetime Achievement award-winner, DeeJazz; executive producer naming rights, and matted and framed, original art work by Carla J. Lawson.

Among the rewards for backers are the literary soundtrack by Black Women in Jazz, Lifetime Achievement award-winner, DeeJazz; executive producer naming rights, and matted and framed, original art work by Carla J. Lawson.

Those who desire to back the project can visit the Go Fund Me page. To stay up to date on the project’s development progress, visit https://www.facebook.com/carlajsart/ For sponsorship opportunities, media opportunities, and more information please contact Fran Briggs, Publicist to the Author Carla J. Lawson.