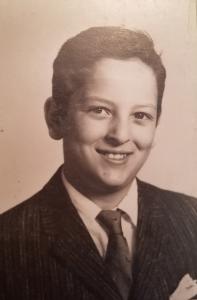 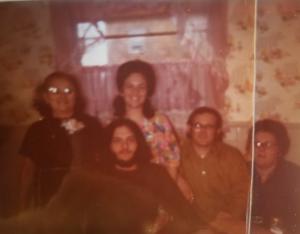 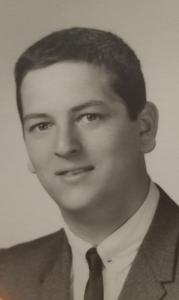 LYNN, MASSACHUSETTS, USA, May 17, 2019 /EINPresswire.com/ — Described as gentle, kind, and a peacekeeper, Ronald LoConte relocated from his hometown of Everett, Massachusetts, to Molokai in Hawaii as a young man in order to begin a more selfless, off-grid way of life. Later, he would join the Peace Corps, subsequently spending time in more impoverished nations such as Guatemala, before sadly losing his life to cancer. Here, Victoria LoConte offers a closer look at the charitable fund established in his name and reveals more about her much-loved late uncle.

"After my uncle, Ronald LoConte, very sadly passed away, my family had a square in our hometown of Everett, Massachusetts, adjacent to the city hall, memorialized in his name," reveals Victoria. "We also started the Ronald LoConte Fund," she continues, "subsequently supporting terminally ill children, struggling families, and others in need with all manner of help, gifts, and further assistance."

Described by the family as a gentle and kind peacekeeper, in life, they say, Ronald LoConte selflessly cared for those in need, whether they be friends, family members, or complete strangers.

"After graduating from Brown University, he moved to the island of Molokai in Hawaii to live off-grid, before deciding to join the Peace Corps," reveals Victoria. Here, she says, Ronald became immaterialist and discovered a passion for serving more impoverished nations, later spending time in countries such as Guatemala.

Capable of promptly picking up new languages and regional dialects, locals quickly developed an affinity for her uncle Ronald, says Victoria. "My father, Vincent, often recalls how the children of Guatemala playfully nicknamed his brother 'Gigante Blanco,' or 'White Giant,'" she adds.

While serving in the Peace Corps, Ronald fell ill and was sent to the George Washington University Hospital. "It was at this time that doctors discovered and diagnosed my uncle with colon cancer that had metastasized to his liver," Victoria reveals.

Following surgery to remove a football-sized mass, Ronald was sent home to Everett to continue chemotherapy and radiation, ultimately saddened at seeing children also at the hospital receiving similar forms of cancer treatment to his own. "He said to his sisters, Anna and Maria, at the time, 'You know it's one thing for me as an adult to have cancer. I have lived a full life and have traveled, but these children; they haven't experienced their lives yet,'" explains Victoria.

Tragically, Ronald LoConte lost his fight against cancer on October 25, 1982. He was just 34 years old.

"Our family knew that they needed to keep Ronald's spirit of kindness, generosity, and passion for children alive," says Victoria, "and, in doing so, founded the Ronald LoConte Fund."

She continues, "Knowing the way he felt about children, his brother who was a nurse working at the Whidden Hospital at the time, spoke with the hospice unit's director and asked her to put him in contact with children who were living with terminal illnesses. From there, children were submitting their wishes, and my family was fulfilling them, providing bikes, video games, toys, boom boxes, and more."

A plaque remains with his name, Ronald LoConte, in a square memorialized in his honor at the corner of Broadway and Church Street in Everett, Massachusetts. With the recent passing of his sister, Maria LoConte, in 2018, the family wishes to reboot the fund's efforts by granting scholarships to high school students in the area hoping to major in medicine and other social services.

"It's because of my family residing in and serving the city of Everett, and thanks to the medical care provided from the Whidden Hospital, that I dreamed of becoming a nurse, and working there," reveals Victoria. "In 2017, I'm proud to say, I was able to fulfill this dream, and I continue to think fondly and often of my late uncle and all that he achieved," she adds, wrapping up.

Victoria LoConte is an emergency room staff nurse at CHA Everett Hospital in Everett, Massachusetts. She holds an associate's degree in nursing, obtained from the Lawrence Memorial School of Nursing with Regis College and a bachelor's degree in nursing from Southern New Hampshire University. Prior to her current position, LoConte has also worked as an urgent care facility nurse manager, a case manager, and as a skilled visiting nurse serving the Greater Boston area. Her experience includes adult, geriatric, and pediatric care.