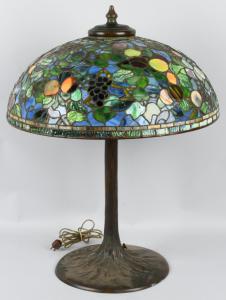 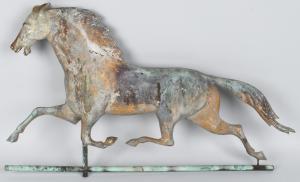 We make an extra effort to source ‘hidden treasures’ to include in every category, because more than anything, collectors love a new discovery.”
— Miles King, Co-Owner Milestone Auctions

WILLOUGHBY, OHIO, UNITED STATES, December 6, 2018 /EINPresswire.com/ — Milestone Auctions’ Winter Spectacular is always the Ohio-based company’s most eclectic sale of the year. Typically, it contains rare and exceptional items that have been reserved over the preceding 12 months to feature in the company’s big end-of-year event. This year’s 693-lot Winter Spectacular, to be held December 8 at Milestone’s suburban Cleveland gallery, is brimming with fine and decorative art; magic, circus, movie and travel posters; political and historical Americana; toys and Christmas antiques; and 20 lots of coins, from individual rarities to US Mint and proof sets.

“Because it is so varied, our Winter Spectacular attracts many types of collectors. We make an extra effort to source ‘hidden treasures’ to include in every category, because more than anything, collectors love a new discovery,” said Chris Sammet, co-owner of Milestone Auctions. The Milestone team travels far and wide to visit and assess estates and collections, a method that brings many exciting new finds to the marketplace.

On auction day the gallery will be aglow with the beauty of art-glass lamps by Tiffany Studios and other premier makers of the Art Nouveau through Art Deco periods. Tiffany offerings are led by a table lamp with a stunning 24½-inch leaded-glass shade in the ‘Fruit’ pattern, double-marked and estimated at $20,000-$30,000. A most unusual double-marked Tiffany table lamp in the ‘Lotus’ pattern has a 22-inch shade whose shape resembles an inverted blossom, narrower at the top and fanned out around the bottom. It is estimated at $20,000-$25,000. Yet another Tiffany highlight is a double-marked ‘Poinsettia’ leaded-glass lamp with 20-inch shade. Estimate: $10,000-$20,000. The selection also includes lamps, bases and hardware by Duffner & Kimberly, Handel, Bradley & Hubbard, Pairpoint and others.

A handsome 19th-century copper and cast-zinc weather vane in the form of a three-dimensional horse is in all-original condition and exhibits a very attractive patina. Measuring 30 inches long by 17 inches high, the vane previously topped the roof of a barn in Northborough (Worcester County), Massachusetts. Estimate: $2,000-$3,000

Two rare and very special lots qualify as both automotive art and Americana. Each is a large-size, highly detailed model of an automobile created by engineers at an early 20th-century automobile factory. A 1932 Hudson ¼-scale factory-made model of a 4-door sedan measures 45 inches in length. It is one of only 12 examples (in six body styles) that were ever made at the Hudson plant, all for display at the 1932 New York Auto Show. Additionally, a 1919 Cadillac Type 57 Limousine, factory made in 1/8-scale, is 25 inches long and was created specifically to display at the 1919 New York Auto Show. Each of these extraordinary models is expected to make $30,000-$40,000 at auction.

More than 40 lots of early political memorabilia run the gamut of campaign collectibles, with a large selection of campaign buttons, pins and ribbons at the core of the grouping. The timeframe begins in the 19th century and runs through the post-World War II races that elected Dwight D. Eisenhower and John F. Kennedy. A unique JFK item is a magnifying glass the 35th President used in the White House Oval Office and kept in his pocket when attending outside meetings. It comes with its original leather case and a letter of authenticity on White House letterhead hand-signed by Kennedy’s personal secretary, Evelyn Lincoln. Estimate: $2,000-$4,000